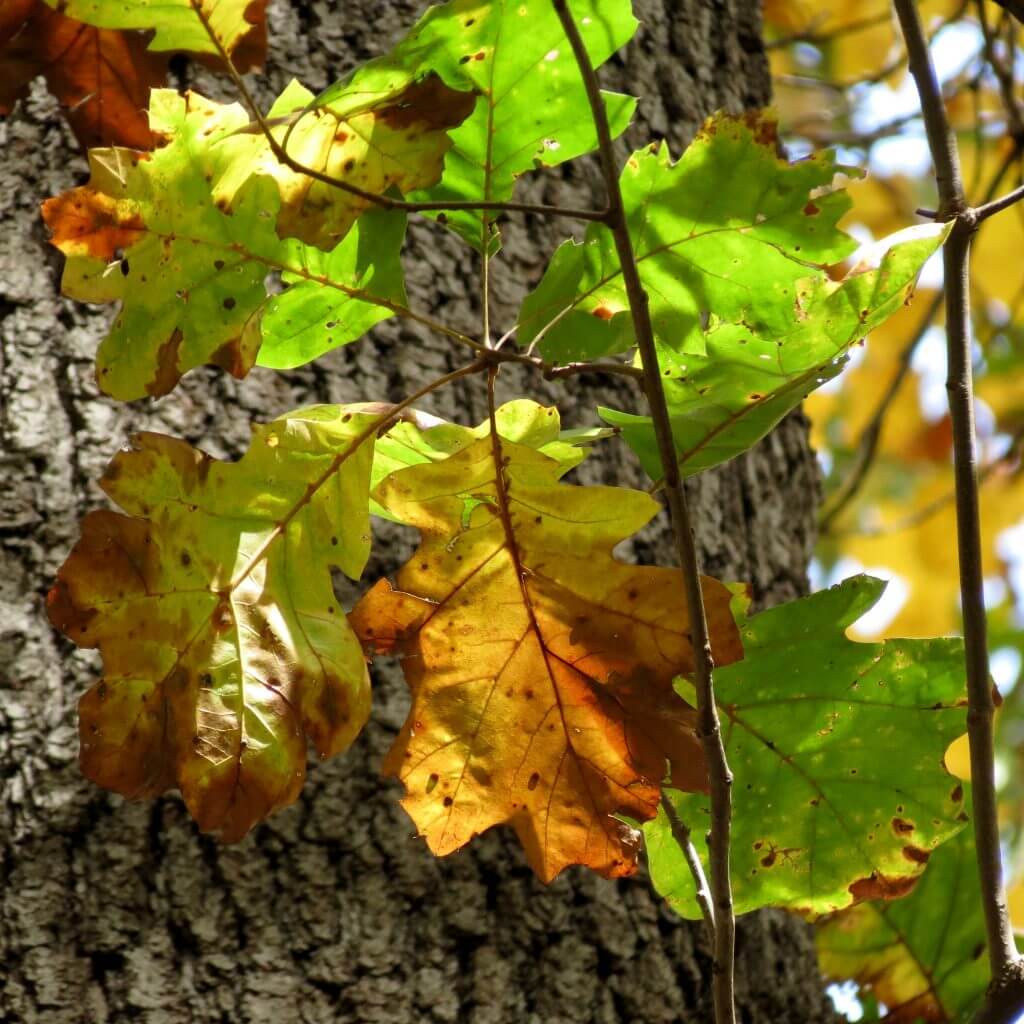 The Eastern Black Oak, Quercus velutina, is a small to medium sized species within the “red oak group” and has a wide range in Eastern North America. It occurs from extreme-eastern Texas, east to the Florida Panhandle, and north to southern Maine. Its population in the Southeast is sparse compared to its denser populations in the eastern-Midwest and Mid-Atlantic regions.  (Photo above:  Black Oak” (CC BY 2.0) by treegrow)

It occurs in almost every county in Pennsylvania, except for North-central PA, where other oak species are more prevalent. Hybridization occurs between the Eastern Black Oak and other oaks in the red oak group including the Northern Red, Pin, Willow, Shumard, Scarlet, and Shingle Oaks.

In our region, this species most commonly grows 40 to 60 feet tall and wide at maturity but has been recorded surpassing 80 feet tall. It can grow much larger in the southern part of its range, reaching up to 140 feet tall.

Its name comes from its very dark bark, which may look nearly black when wet. However, its inner bark is yellow, leading to its [now historical] alternative common name: the yellow oak.  The yellow color is due to the pigment known as quercitron — a valued dye sold commercially until the mid-20th century.

Fall foliage is yellow-brown to reddish orange.  You can grow Eastern Black Oak easily.  Plant it in moist, well-drained loamy or silty soils in full sun or dappled shade. If slope planting, choose a northern or eastern facing slope for placement to reduce heat stress. It tolerates poorer soils, but will thrive in rich soils.  Cage young trees to protect against deer browse and buck rubs.

Like other oak species, the Eastern Black Oak has remarkable value for wildlife. It serves as a larval host for several butterflies, including many Hairstreaks and the Sleepy Duskywing, as well as for hundreds of species of moths. It also serves as a host for the larvae of the Northern walkingstick (stick insect).

Walking stick, Phasmatodea. One of many insects supported by Quercus velutina

And of course, the acorns are a relished food source for a myriad of native mammals such as squirrels, chipmunks, flying squirrels, deer, foxes, bears, white-footed mice, raccoons, and many birds such as woodpeckers, ducks, grouse, quail, pheasants, turkeys, and nuthatches.

Many forest-dwelling birds also use this species for nesting such as screech owls, flycatchers, tanagers, hawks, and vireos; these birds also hunt the various insects utilizing the oaks for food. The acorns can also serve as a supplemental food for domestic animals such as cattle and swine. 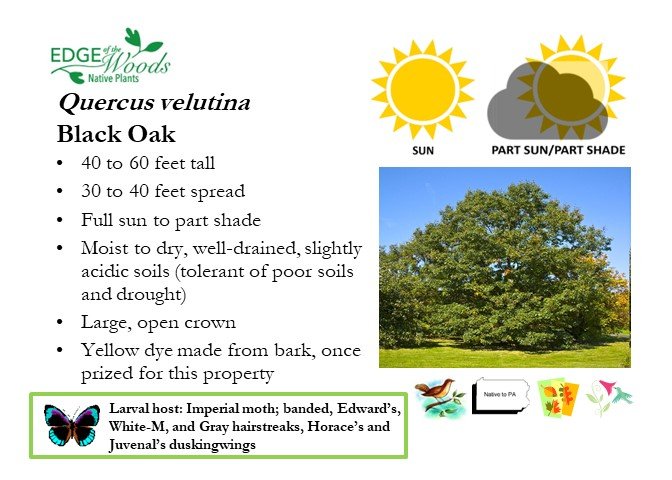 Everything we did to go native paid off in the amount of wildlife our yard attracted!