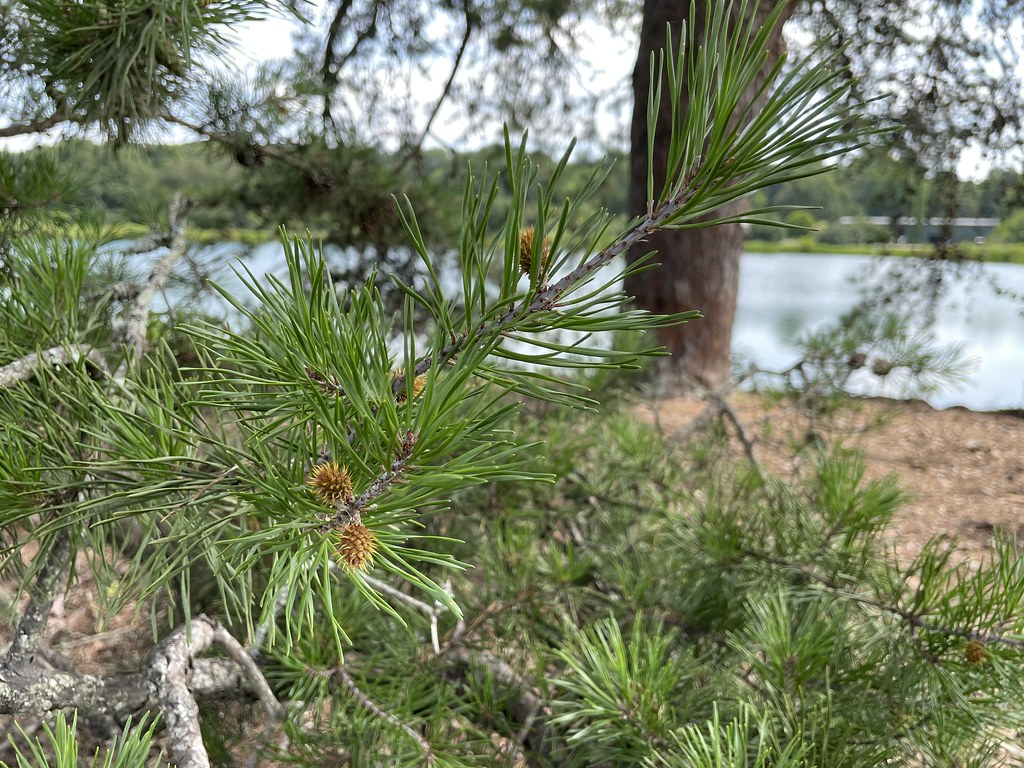 The Virginia Pine (Pinus virginiana), also known as the Scrub or Jersey Pine, is a medium-sized, robust conifer found throughout Appalachia from Alabama east to South Carolina, and north to Pennsylvania. Typically, this species grows in the poor soils of mountain ridges and rocky outcroppings, rugged hillsides, and dry forest lands.  Credit for photo above: Virginia Pine” (Public Domain) by NatureServe

Size is variable, as the tree is reported to grow between 18 and 60 feet tall with a spread of 15 to 40 feet. However, they can certainly be pruned to maintain a smaller size in the garden. Often, it sports gnarled or twisted trunks and branches giving the tree a lot of character and architectural interest.

The Virginia Pine is best grown in average to dry, acidic, well-drained soils, which can include rocky and sandy soils, as well as drier clay or loam soils. Generally, poorer and infertile soils are best, although they can grow in fertile soil that is not overly rich with organic matter. Because of its adaptability, the Virginia Pine can tolerate different soils and varying levels of moisture. They will not thrive in wet or soggy soils, or soil that drains too slowly and has occasional standing water.

The species holds value for wildlife, including songbirds which are known to nest in the tree, as well as feed on the ripe seeds (including the northern bobwhite quail). Woodpeckers favor old Virginia Pines for nesting, and many small mammals such as squirrels feed on seeds and take cover in them.

Thick stands of young Virginia pine make excellent coverage for small mammals and both song and game birds. It serves as a larval host plant for the Eastern Pine Elfin. The Virginia Pine is very important for post-mining forest reclamation, and is a known pioneer species in disturbed habitats within its range. 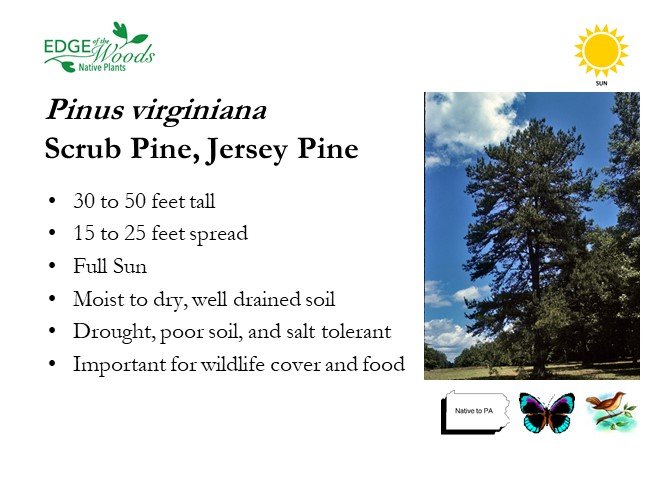 These folks are the REAL DEAL. Better to buy local from them than mail order. Great selection, friendly service. The more you can buy from here, the better.