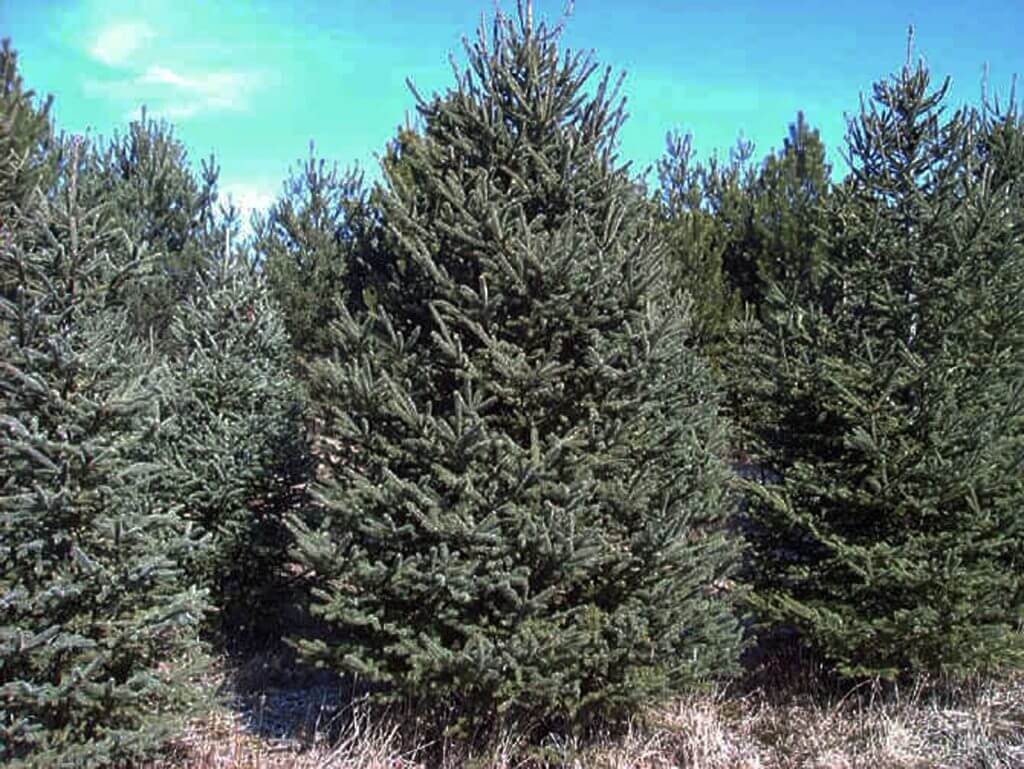 Picea glauca is a drought tolerant, deer tolerant, cold-hardy evergreen, which occurs naturally from Newfoundland south to Zone 6. It is also called Canada Spruce or Skunk Spruce – the blue-green needles sometimes have a pungent scent when crushed.

White Spruce is a a fairly narrow, compact, pyramidal evergreen. It reaches 40 feet in height or so, with a width of 10’-20’ at maturity. Its branches are stiff and upright, unlike the common Norway Spruce whose branches are drooping.

It bears small shiny cones (1”-2”) which drop when ripe, setting an abundant crop every 4 to 5 years. Deer tend to avoid browsing unless they are desperate. In fact, white spruce is known as a ‘stuffing species’—meaning deer have been known to die of starvation with a belly full of white spruce, as it provides no nutrition for them. Interestingly enough, it is known that White Spruce was eaten by the now-extinct mastodon.

White spruce tolerates wind, cold, drought, and crowding. It prefers full sun but tolerates some shade. You can use it in your landscape as a specimen, windbreak or hedge. It transplants easily. 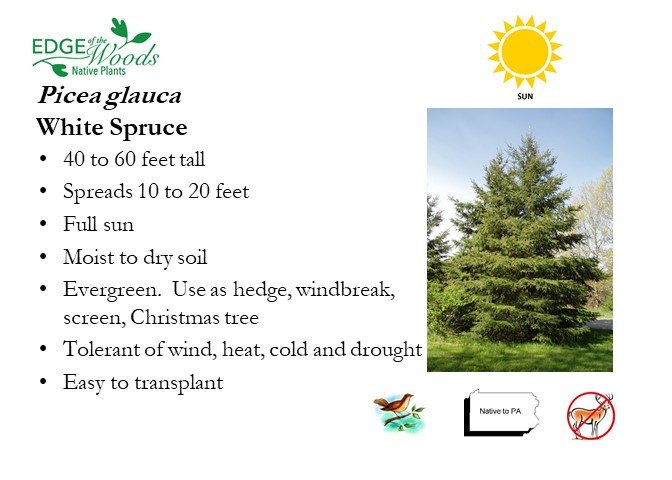