It takes all kinds of plants to create a thriving habitat for wildlife, while each kind fulfills different ecological functions. Among them, shrubs are one kind of plant with important ecological functions for wildlife. Shrubs are woody plants, generally multi-trunked and under 20 feet tall. Sometimes the line between shrubs and trees is blurry, but in short, trees are usually larger and tend to have fewer trunks/stems. While there are thousands of species of shrubs, each possess different ecological niches. However, there are some foundational functions which nearly all species could fulfill in your garden. Let’s take a look at some of these basic functions and how they benefit organisms in your gardens and landscapes.

A grouping of native shrubs is very attractive to wildlife. The dense, low growth many shrubs possess is sought after by small animals for refuge from the elements, predators, and human activity. Just adding some shrubs to your garden can lure curious wildlife, which will come to inspect the new digs.

While virtually any shrubs can provide cover to wildlife, some species have growth habits favorable by many animals. Some of these species include those that spread by rhizomes to form dense thickets, as well as those which have thorns or evergreen foliage. Among the best species for provide cover include (but are not limited to): 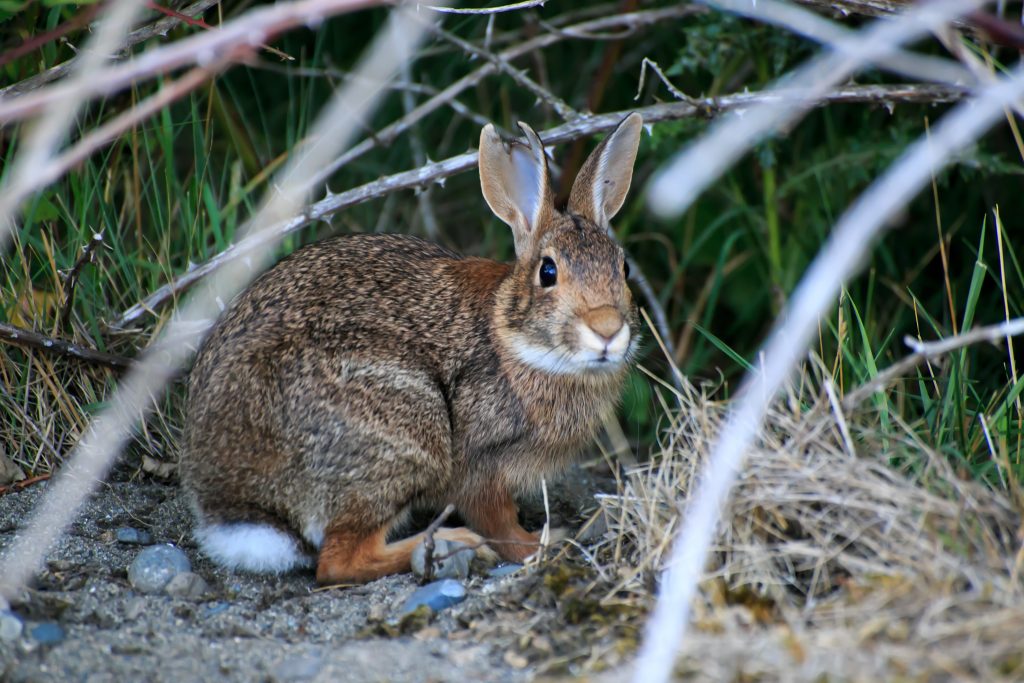 Larval Host for Butterflies and Moths

Many native shrubs serve as larval host plants for our butterflies and moths. Pictured is a spicebush swallowtail caterpillar on a northern spicebush, with evidence of its munching. While no one shrub serves as a host for all of them, a diverse collection of shrubs among your other plants will maximize the potential for hosting hungry caterpillars.

Shrubs are preferable nesting spaces for many of our common songbirds. They provide a safe, dense form of cover with numerous branches for ideal placement of nests. Many of us remember the excitement as children when finding a robin’s nest in the garden. Some of us still feel that same excitement today!

Nectar and Pollen for Pollinators

Aside from conifer shrubs such as junipers, almost all shrubs bloom (they just may not all be showy). Nonetheless, even those flowering shrubs with less-than-striking flowers provide nectar and pollen to pollinating insects. Pictured is a bee on the flowers of some kind of holly. Our native hollies such as Ilex verticillata and Ilex opaca are equally attractive to pollinating insects as shrubs with showier blossoms such as roses and viburnums.

Some of the Best Shrubs for Pollinators:

Habitat for Spiders and Beneficial Insects

The architecture of shrubs, comprised of an intricate network of branches and fine twigs, provides the perfect space for spiders to build their webs. One can often spot dozens of glistening webs among the shrubs in their gardens on a dewy, sunny morning. Just as the spiders who build their webs there, the many of the insects they feed on also utilize these shrubs for cover, landing spaces, and hunting grounds. 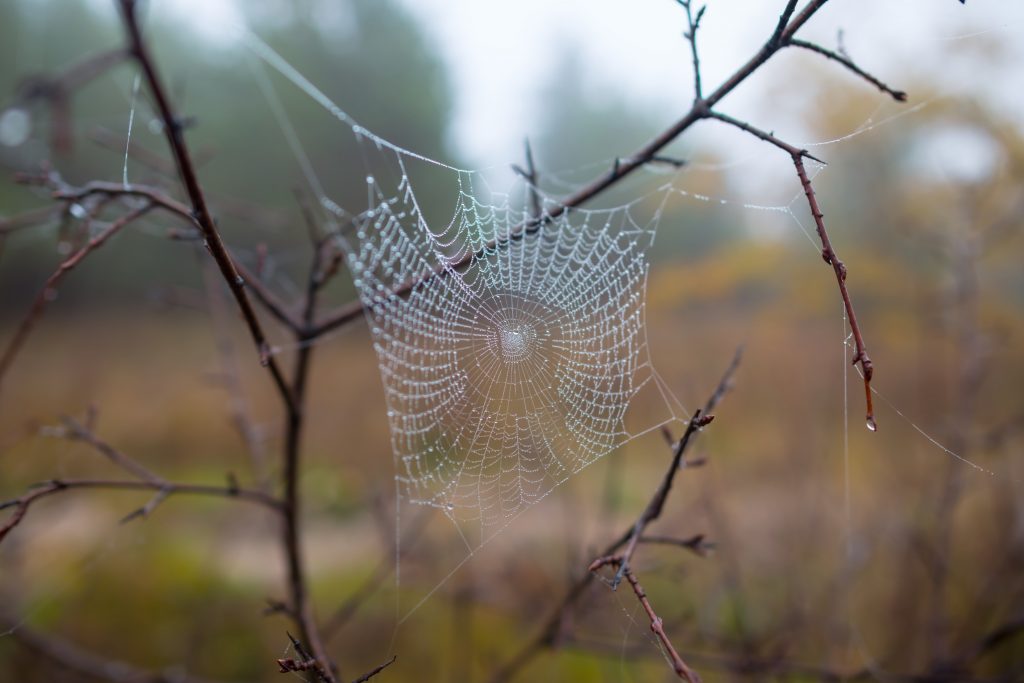 Of course many shrubs produce valuable, nutrient-rich fruits such as berries and nuts. These foods are essential for our native wildlife. Songbirds, game birds, waterfowl, bears, small mammals, rodents, insects, and even turtles relish the fruits produced by our native shrubs. There are many that produce fruit that we humans even love, such as blueberries, raspberries, and elderberries. Late-season fruiting shrubs, such as winterberry and chokeberries, are important for birds during the winter when other food sources are scarce.

Some of the best shrubs for feeding wildlife:

Lichens are fascinating, complex lifeforms consisting of a symbiotic relationship between a fungus and an algae. These bizarre composite organisms may seem rather useless, however they provide some unique ecological functions. Lichen moth larvae feed exclusively on lichens. Northern flying squirrels like to collect lichens as soft lining for their nests. Perhaps one of the most fascinating uses of lichen is that by the ruby-throated hummingbird. The hummingbirds often collect pieces of delicate lichen and decorate the exterior of their nests with it. This helps disguise the nest among its surroundings. 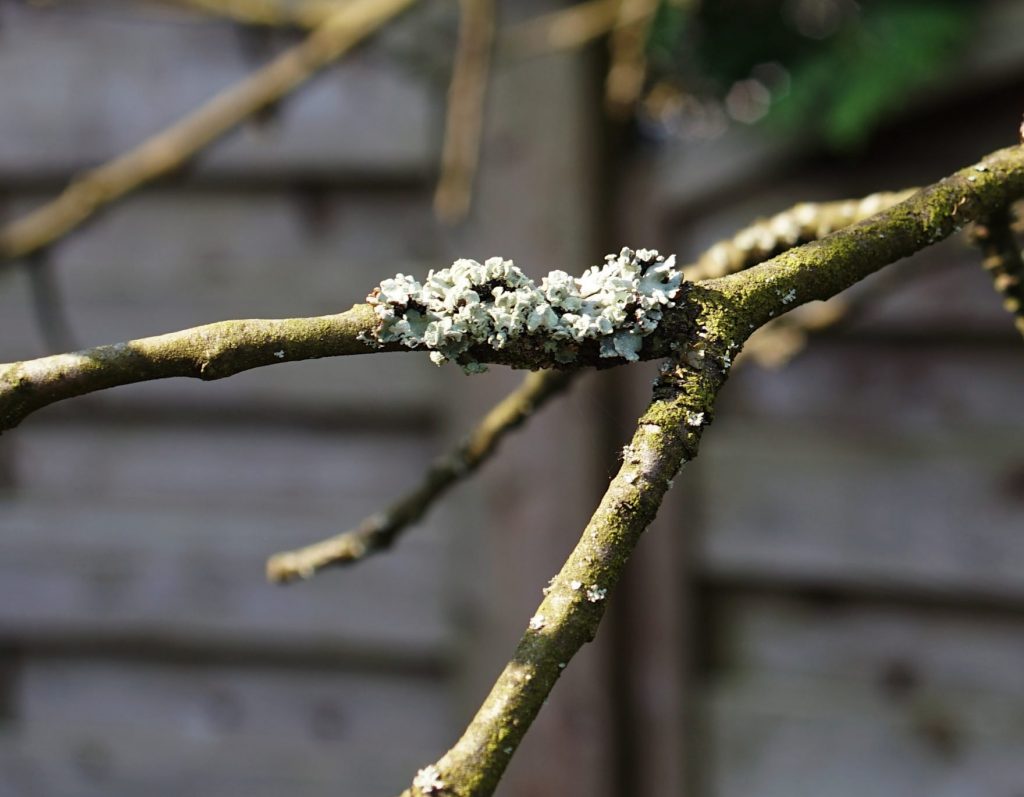 Detritus Hosts Organisms of All Kinds

Deciduous shrubs lose their leaves each autumn, and in doing so provide a layer of detritus. Detritus is the layer of organic matter, mostly dead plant material, that lays on the soil surface. Leaves, bark, twigs, spent flowers, and any other debris from the shrub can contribute to detritus. This layer of material is vital for a massive diversity of microorganisms. Many amphibians, such as the American toad pictured below, along with salamanders live here. Ground-nesting birds, insects, spiders, snails, worms, and fungi also depend on detritus. Most species of insects, including the pupae stages of butterflies and moths, hibernate in their chrysalises in this debris over winter. We can’t stress this enough…Leave the Leaves!

As the detritus breaks down, nutrients are added to the soil. These nutrients originally came from the soil, so allow these nutrients back in so the plant or other organisms can eventually recycle them. The nutrients can improve your soil over time, and benefit other plants in the garden.

Shrubs provide shade to the soil they grow in. The lower the branches, the less direct light the soil under shrubs will receive. This shade keeps the surrounding soil cool, and conserves moisture by slowing down surface evaporation. By doing so, the shrub maintains its own environment and keeps its roots comfortable. This can also benefit nearby plants, especially those that prefer some shade or cool soils. And of course, the plants aren’t the only organisms who will benefit from the added shade and cool soil.  If you look closely in the shade under trees and shrubs you will often find many smaller creatures — insects, salamanders, toads or other surprises. 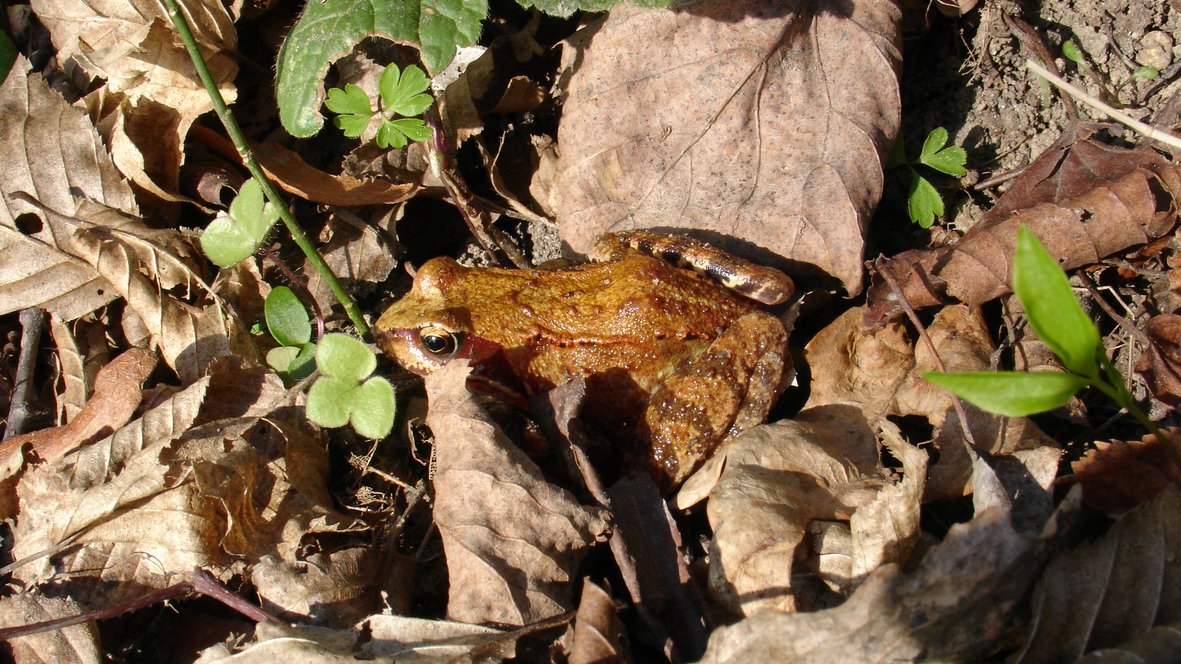 Though some of these functions can be served by nonnative shrubs, only native species can maximize these potential ecological functions. Native species often serve all of these functions throughout the year, providing food and cover to all kinds of indigenous wildlife. For example, though butterfly bush (Buddleja sp.) is a pretty shrub, providing nectar to insects and potential cover to other wildlife, it does not support the larvae of one North American butterfly or produce valuable food for birds or other animals. Always choose a native plant, whether shrub or other to support the ecosystem in your very own backyards!

All of the employees offered helpful advice. The information on tags was informative...GREAT place!